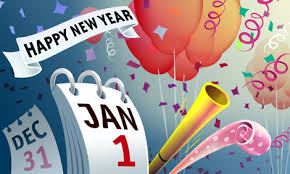 The holiday is celebrated by religious services and special meals. The night of December 31/January 1, the New Year according to the Gregorian calendar. These “New Year” holidays are yet another reminder of the common threads shared by many of the world’s religions. Despite the differences in the ways that they are observed, these traditions all express an appreciation for the past coupled with a hope for blessings and prosperity in the coming year. This day marks the start of a new year, every year. It’s the start of the 365 days of the year, a fresh start. Julius Caesar, a Rome’s dictator, decided that the traditional Roman calendar was in need of serious changes. In the seventh century B.C., he included 12 lunar months of 29 or 30 days, which added up to 355 days each year. Many people make New Year’s resolutions. These are usually promises to themselves that they will improve something in their own lives. Interestingly, New Years resolutions also commonly include things like treating other people better, making new friends, and paying off debts. And many people resolve to pray more. Other customs that are common worldwide include watching fireworks and singing songs to welcome the new year. In the United States, the most iconic New Year’s tradition is the dropping of a giant ball in New York City’s Times Square at the stroke of midnight. Millions of people around the world watch the event, which has taken place almost every year since 1907. 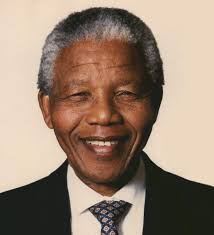 Nelson Mandela was born July 18th, 1918 and died in December 5th, 2013 of respiratory tract infection, which is infectious diseases involving the respiratory tract. Everyone has heard of Nelson Mandela but many people don’t really know why he is such an important person in history. He was at the forefront of the South African people’s fight for independence and racial equality and was the first South African president to be elected democratically. Nelson was able to go to law school because he was from a rich family. As a young lawyer, he joined the African National Congress and created a series of non-violent acts of massive resistance. Nelson intended to correct the injustices of apartheid by joining the mistreated and challenging the authority of the National Party through means of legal action and protest. In 1962 he was convicted of trying to overthrow the government and was put in jail for 27 years. He was released in 1990 because of an international campaign made up of his loyal followers who has supported him. After Nelson was released, he became president of African National Congress, he became the first black president of South Africa. He made a constitution that gave blacks equal rights and sought justice for the abused. He is referred to as “The Father of the Nation” in South Africa because he had the courage to stand up to a force no one else thought could be overcome and was willing to risk his life to fight for the freedom of his people.

Welcome to your brand new blog at Edublogs!

To get started, simply visit your blog’s dashboard, edit or delete this post and check out all the other options available to you.

We can walk you through step-by-step in our guide to getting started with your blog.